CANNABIS CULTURE – “It is a new form of tyranny by the old over the young. You have the adult with a cocktail in one hand and a cigarette in the other saying ‘you cannot’ to the child. This is untenable.” 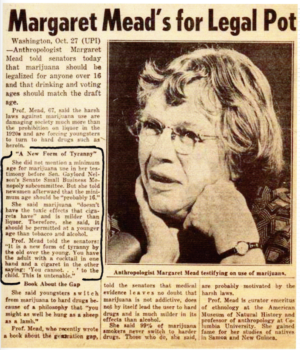 Because of the massive amount of stigma foisted upon teen cannabis use these days, the role of teens in the legalization movement – and in the creation of the 4/20 holiday – have been downplayed or ignored by some activists.

This is a big problem, because the way the current pot cartel has been justified has been to argue that cannabis is a hard drug – it always harms teens – and it should be tightly regulated.

There is a tonne of evidence that this “pot is a hard drug” argument is just more reefer madness (2) – just slightly more sophisticated than the 1930s version – but instead of cops making the reefer madness argument, it’s academics, and instead of using it to justify a total prohibition, it instead is being used to justify tight regulations