A cash machine in the corner. An armed security guard near the door watching customers’ every move. As any legal weed buyer knows, these two features of marijuana dispensaries in Illinois set them apart from the typical retail experience.

Legal marijuana sales are heavily restricted, and federal laws prevent dispensaries from accessing traditional banks – that’s why there’s so much cash. Given all that cash, and the expensive cannabis products, Illinois state law requires security be on hand.

“We’re dealing with weed and cash, and it’s high risk,” said a local officer recently while standing outside of a Near North dispensary. They did not want to be named, citing concerns about job security. 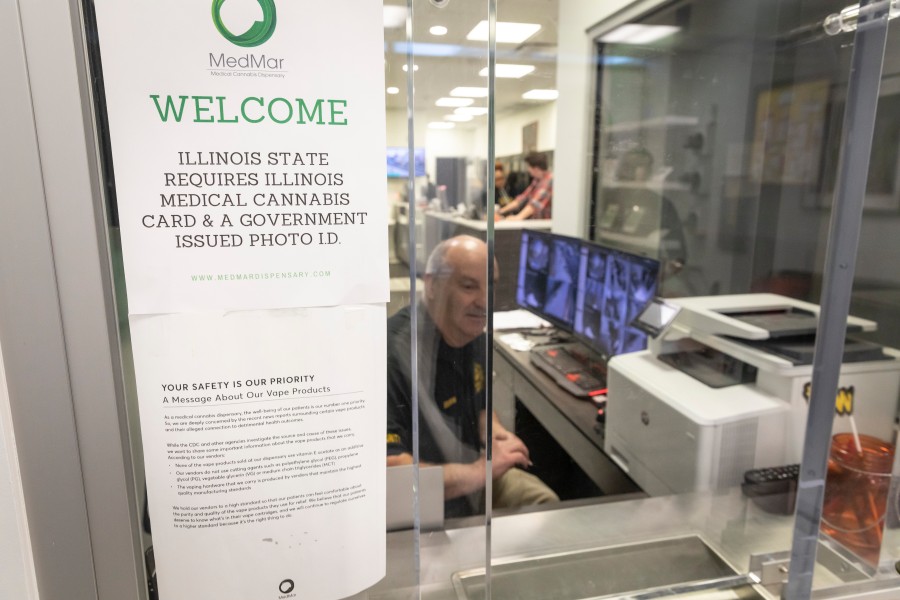 A security guard sits at a station inside the entrance of the Cresco owned MedMar dispensary in Chicago’s Lakeview neighborhood in 2019. Manuel Martinez / WBEZ