CANNABIS CULTURE -While New Yorkers wait for the government to set up the infrastructure, the bill allows adults 21 years or older to smoke cannabis anywhere that tobacco is allowed.

The question now is, who will legalization leave behind?

After a tough fiscal year, politicians and cannabis advocates gathered in the streets of New York City to celebrate the state gearing up for adult-use sales, which are expected to begin in 2022.

“New York is a state that has traditionally been very reliant on tourism, it is one of the capitals of finance from a global perspective, and the state and New York City in particular have been hit really hard,” said Simon Malinowski, an attorney at the New York City office of Harris Bricken law firm. 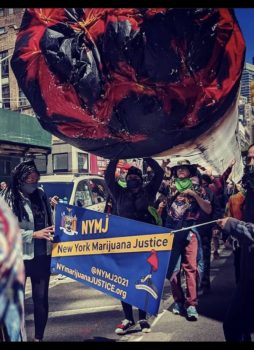 40% of tax revenues generated by adult-use sales will be funneled into communities disadvantaged by the war on drugs.

Malinowski said during a webinar that because of COVID, New York is facing