The prosecutor for the biggest county in Indiana just announced his office will no longer pursue simple marijuana possession cases.

The decision from Marion County’s Prosecutor Ryan Mears was one of the first from his Indianapolis office since he took over last week after his former boss left for medical reasons.

According to the announcement by Mears on Monday, the policy change will impact cases involving approximately one ounce or less of marijuana when the charge is the only or most serious charge against an adult.

The experience Mears had as a deputy prosecutor and the rapidly changing marijuana policy in neighboring states were the leading factors in his decision.

“I have come to this decision as a veteran prosecutor. I have seen the resources devoted to these prosecutions and believe those resources can be used more effectively to promote public safety, ensure justice for victims, and reduce recidivism,” Mears said, “When faced with the choice between prosecuting this and prosecuting acts of violence, my priority is clear.”

The statement also noted regardless of the new policy, recent years have seen a downward trend in the number of simple possession cases prosecuted in Marion County. 80 percent of the possession

Kentucky’s hemp program is just about open for business.

The state said that it will begin accepting applications for growers and processors wishing to receive a license to participate in the program beginning in mid-November.

According to the Associated Press, Kentucky Agriculture Commissioner Ryan Quarles said the application period for growers and processors will both begin on November 15 and run to March 15 the following year, with the state aiming to ultimately move toward a year-round application process.

The passage of the 2018 Farm Bill in Congress legalized industrialized hemp on the federal level, clearing the way for states like Kentucky to cultivate a crop that has become even more in demand thanks to the popularity of CBD-based products. The Farm Bill removed industrial hemp from the Controlled Substances Act, and gave the bulk of regulatory authority to the states.

Kentucky was a national leader in hemp production more than a century ago, and the state is eager to reach that status again, particularly given the ongoing decline of tobacco use in the United States. The state boasts that it was the first state to file a plan for industrial hemp, claiming that Quarles submitted it to the U.S.

The Lowell Cafe is a new restaurant and bar in West Hollywood that will allow diners to smoke marijuana inside and out thanks to a new license issued by the city. It’s slated to open Oct. 1 and when it does, it will be the first of its kind.

If you’re imagining a giant smoky room filled with bowls of weed, couches and lots of pizza, think again. Imagine instead a functional restaurant with servers, plus a special air-filtration system that sucks up and filters the smoke from people smoking weed, everywhere.

“We have families reaching out wanting to bring their kids or grandparents and high school groups of friends flying from all over the world,” restaurant director Kevin Brady said. “I feel like we’re Disney World.” 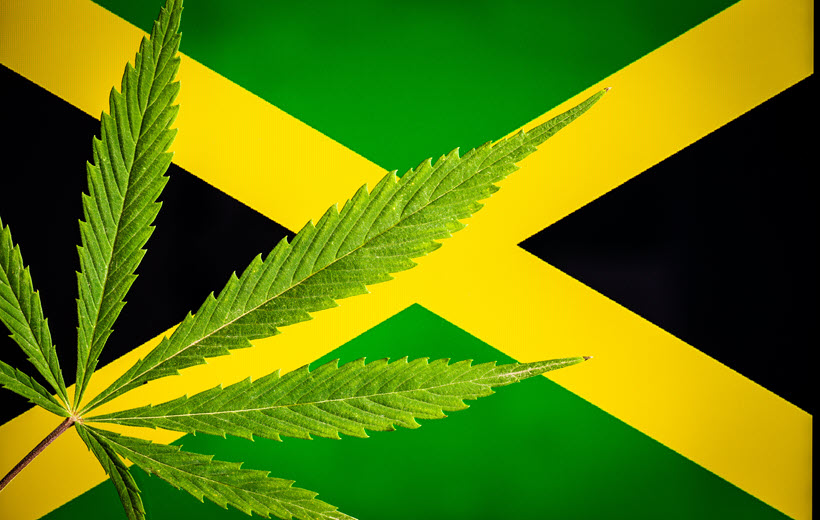 “It is an exciting time for us because we have this industry, we see where the landscape is improving.”

Jamaica is looking to gain a competitive edge in the worldwide cannabis market by partnering with the American Harvard International Phytomedicines and Medical Cannabis Institute (HIPI).

Jamaican minister Audley Shaw has announced the island’s Ministry of Industry, Commerce Agriculture and Fisheries will team with HIPI to focus on developing various initiatives intended to provide Jamaica with that competitive edge.

Shaw said that HIPI representatives would be visiting the country this week to participate in a tour of research and cultivation facilities involved with growing cannabis and other plants with medicinal properties.

A New York clinical trial will study the effects of the cannabis compound cannabidivarin, or CBDV, on patients with autism, according to a report from CNN. The study at the Montefiore Medical Center will examine the effects of CBDV on irritability and repetitive behaviors in children with autism spectrum disorder.

Dr. Eric Hollander, director of the Autism and Obsessive Compulsive Spectrum Program and Anxiety and Depression Program at Montefiore Hospital and the lead researcher on the study, told CNN that previous research has shown that CBDV may have potential as a treatment for autism spectrum disorders.

“In some of the animal models that are similar to autism, it was found that CBDV had important effects on social functioning, on decreasing seizures, on increasing cognitive function, and in reducing compulsive or repetitive behavior,” Hollander said. “So for that reason, we wanted to apply that to autism.”

The CBDV formulation being used in the study is produced in the U.K. by GW Pharmaceuticals, the manufacturer of the only FDA-approved cannabis medicine Epidiolex. The drug has been approved for use in the U.S. and European Union to treat two serious disorders that cause childhood epilepsy. Dr. Geoffrey Guy, the founder of GW, said

LONDON (AP) — While the U.S. scrambles to crack down on vaping, Britain has embraced electronic cigarettes as a powerful tool to help smokers kick the habit.

The Royal College of Physicians explicitly tells doctors to promote e-cigarettes “as widely as possible” to people trying to quit. Public Health England’s advice is that vaping carries a small fraction of the risk of smoking.

U.S. public health officials have taken a more wary approach, and have been slow to regulate e-cigarettes. That caution turned to alarm, though, with an explosion in teen vaping, prompting the federal government and some states to take steps to ban fruit and minty flavors that appeal to youths.

And now, with hundreds of U.S. cases of a mysterious lung illness among vapers, the U.S. Centers for Disease Control and Prevention is recommending that people consider not using e-cigarettes, especially those with THC, the compound that gives pot its high.

The U.S. reaction is “complete madness,” said Dr. John Britton, director of the U.K. Center for Tobacco and Alcohol Studies at the University of Nottingham. “The reality with smoking is, if you tell people to stop vaping, they will go back to tobacco and tobacco kills.”

And a spokeswoman with Alberta’s cannabis regulator also voiced frustrations about the process.

City businessman Brad Churchill said he’s been waiting for a licence allowing him to infuse chocolate with cannabis at his Calgary factory since applying for it late July.

The owner of Choklat said he’s only received a reply from Health Canada but no licence this week and fears the time it takes to receive it, and approval for such things as packaging, will push back the actual sales date for his products to March or April.

Zoey Carty was diagnosed with frontal lobe epilepsy when she was 6 months old. Zoey was having 10 seizures a day and, on the advice of her neurologist, she was treated with phenobarbital, a common drug for epilepsy.

But Zoey’s mother, Dawn Lee-Carty, was unaware of the drug’s side effects. Two weeks later, she realized the long road ahead when Zoey began to have an adverse reaction. For years, their lives centered around medications, doctor’s visits and numerous hospital admissions. And the frequency of the seizures only increased.

Then, in 2016, — when Zoey was 8 years old — Lee-Carty flew to Colorado to learn all about cannabidiol oil after watching an interview about medical marijuana. She said it had a dramatic impact, and that Zoey’s seizures decreased by half.

Cannabis 2.0 legalization will take place in Canada next month. The second wave of legalization includes cannabis edibles, marijuana-infused beverages, extracts, and various other products. Cannabis players are gearing up to expand in the edibles market. Let’s take a look at what Aurora Cannabis (ACB) is planning.

Canada’s growing cannabis industry
Canada legalized recreational marijuana in October 2018. The second phase of legalization will allow the country to be a leader in the cannabis market. To learn more, read Cannabis 2.0 Legalization: Canada Is Ready. Earlier, I discussed Canada’s regulations front for the second phase of legalization. Health Canada has taken measures to ensure that public health safety won’t be jeopardized after edibles are legalized.

A Rossland chocolatier is hoping to join the “green gold rush.”

Trish Dyer, the owner of Mountain Nugget Chocolate Company, has applied to city council for permission to operate a cannabis edibles processing plant in an industrial part of town.

Dyer requested a zoning change as part of her application process to Health Canada for permission to manufacture edibles.