In an attempt to increase access for registered patients, the Ohio Board of Pharmacy recently voted to add more than 100 medical marijuana dispensary licenses, almost tripling the number of dispensaries in the state. In addition to allowing easier access, this measure will create more competition and potentially lower the price of medical cannabis across Ohio.

The state has experienced a significant dearth of dispensaries since the launch of its medical marijuana program. Many registered patients in Ohio were driving more than 30 miles to a dispensary to pick up their medical marijuana.

The same patients were extremely unhappy with the exorbitant prices of cannabis products. The Board of Pharmacy was compelled to send out a survey to patients and their caregivers. That survey found 58.4 percent of the patients believed they were paying too much. 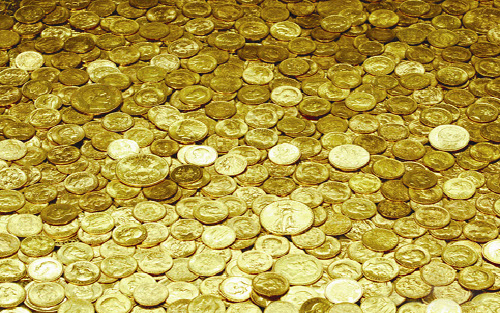 SAFE is the first legislation passed by the Democrat-controlled Congress.

The bill has been approved four times so far but has not been taken up by the Senate.

The bill will have to pass the Senate and be signed by President Biden before becoming law.

Biden is still opposed to ending the federal prohibition of marijuana.

On Monday, April 19th, 2021, the U.S. House of Representatives approved a cannabis banking reform to protect banks from penalization for serving state-legal marijuana businesses. The measure was passed by a strong bipartisan vote of 321-101. This groundbreaking move was the first major marijuana legislation approved by the new Democratic-controlled Congress.

The new reform will enable banks and other financial institutions to serve cannabis industry clientele without fear of federal penalties. Currently, marijuana dispensaries have been forced to operate on a cash-only basis, making them prime targets for criminals, as well as creating multiple complications for financial regulators.

Rep. Ed Perlmutter took the House floor after the win and proclaimed:

“The fact is that people in states and localities across the country are voting to approve some level of cannabis use, and we need these cannabis businesses and employees to have access to checking accounts, payroll accounts, lines of credit, credit cards, and more. This will improve transparency and accountability, and help law enforcement root out illegal transactions to prevent tax evasion, money laundering, and other white-collar crime. But most importantly, this will reduce the risk of violent crime in our communities.”

SAFE has been a long time coming

The reform, known as the SAFE Banking Act, was first proposed by legislators in 2019. Initially, the Banking Act was met with resistance from cannabis advocates who felt that Congress should prioritize social equity and legalization before catering to industry interests.

However, certain industry experts strongly support the reform and believe it will play a role in balancing social equity, eliminating crime, and reducing economic strife in poorer communities. Aaron Smith, CEO of the National Cannabis Industry Association believes the bill is “vital for improving public safety and transparency and will improve the lives of the more than 300,000 people who work in the state-legal cannabis industry.”

For many years, members of the state-legal cannabis industry have failed to gain access to banking services. This access would allow for such financial amenities as payroll accounts, lines of credit, and checking accounts.

These archaic restrictions have severely compromised and derailed any fund-raising opportunities for cannabis operations across the U.S. The cash-only system also creates a public-safety issue for marijuana dispensaries effectively making their employees and clientele vulnerable to violent-crime scenarios.

The SAFE Banking Act has now been approved by the House a total of four times. In 2019 a stand-alone cannabis banking reform bill was passed, and then two more times in conjunction with a coronavirus relief measure. However, the reform was unable to progress during the last session when the Senate was under Republican control.

Now that Democrats are in control of the White House and both chambers, industry pundits and advocates believe the bill’s trajectory will not end with the House. Stakeholders remain cautiously optimistic in hopes that the reform will be Senate-approved and ultimately by the current resident of the Oval Office.

“Regardless of your position on this bill, I do think the fact remains that cannabis is a prohibited substance under Schedule I of the Controlled Substances Act—and let me further state, by enacting this legislation, we’re effectively kneecapping law enforcement and legalizing money laundering.”

“At a time when small businesses are just beginning to recover from the economic destruction caused by COVID-19, the federal government should be supporting them, not standing in their way.”

David Mangone, of the DC-based Liason Group, an advocate for the National Cannabis Roundtable resoundingly hailed the bipartisan vote and has stated:

“Members on both sides of the aisle view SAFE Banking as a fundamentally sound policy for job growth and economic opportunity, equity, and public safety.”

President Biden has been less-than-enthusiastic in regard to his views on marijuana legalization. The subject of marijuana’s removal from the federal Controlled Substances Act, is still on the table, but at present, the reform appears to be on hold while congress focuses on infrastructure spending.

Rep. Chuck Schumer, a long-time vocal advocate of the cannabis industry, has vowed that Democrats would move forward with progressive reforms even if President Biden doesn’t offer his full support.

As legalization measures are pushed forward, addressing the irrational, dangerous denial of banking services to state-legal cannabis operations is a top priority for legislators.

Cannabis industry experts are confident that offering banking services to small operators will be a great boon to the fledgling business. Given the bill’s bipartisan support, this banking bill appears to have the highest potential for marijuana-reform approval in 2021.

Every Christmas, every Easter, every Passover, every Independence Day, every major holiday has its origin story. And this story is told year after year on the sacred day. The birth of Christ, the Resurrection, the signing of the Declaration of Independence — each of these events marked a turning point in the history of humankind. 420 is no different.

Pot, too, has a holiday. Whether or not an outsider considers it of less importance than a religious holiday is irrelevant. The annual holiday was set long ago — April 20th (4/20). And the story of the origin of the holiday will be told year after year after year for many decades or possibly even centuries to come.

For many marijuana enthusiasts, weed is a religion — or at the very least a rebellion. Marijuana symbolizes the continuing fight for liberty and the pursuit of happiness for all mankind on God’s Green Earth.

And like many religions, the faithful carry on their business in secret, out of sight of law enforcement and potential whistleblowers (aka narcs).

Like the apostles and evangelists of old, marijuana users have…Read Full Article Here

There’s a new high in town.

A growing number of Chicago businesses are now exploiting a loophole in federal law that appears to allow the unfettered sale of a trendy hemp byproduct called Delta-8-THC, which has commonly been described as “marijuana-lite” or “diet weed.”

Retailers across the city have started selling a variety of Delta-8 products in settings that resemble licensed cannabis dispensaries but aren’t subject to the same stiff regulations. Many sell everything from edibles to vaping cartridges, as well as smokable hemp flower sprayed with Delta-8 extract.

What is Delta-8-THC? – MedCard

Delta-8-THC Is A Good Thing, But Is It Legal? – MO Dispensaries

Some places are even dosing food and drinks with Delta-8 and allowing customers to consume it on site. That flies in the face of a hard-fought provision in the state’s marijuana legalization law that tightly regulates public consumption, which isn’t allowed in Chicago yet.

Those spots have become extremely popular — with lines stretching down the block.

“People travel to Chicago because it’s Chicago and they make it a point to stop here because of the vibe,” said Adryan…Read Full Article Here

Democrats gained no less than 40 seats in Congress last election day. That’s huge. In fact, it’s the biggest turnover in Congress since Watergate. But there are three incoming electees in particular whose presence in Washington bodes well for sunnier days for cannabis.

Our first example, Rep. Maxine Waters (D-CA) is the top seed to chair the House Financial Services Committee. Waters told The Wall Street Journal in an interview that federal cannabis reform is “inevitable.”

Waters has expressed that solving banking issues caused by federal prohibition is high on her list of priorities for the next Congress. This could have been a non-issue by now had Democrats won the House earlier. An amendment which would have protected banks from federal harassment was blocked from a vote last year by House Republicans.

Another ray of sunshine for cannabis advocates is the victory of Massachusetts Representative Jim McGovern (D) who is also gunning for federal reform as he readies to take the helm of the House Rules Committee.

The hugely important committee was previously driven by infamous Texas Republican Pete Sessions who has been staunchly opposed to reforms. Sessions has used (some say abused) his power over the powerful committee to thwart the will of U.S. voters by preventing any marijuana amendments from reaching the House floor for debate.

The National Organization for the Reform of Marijuana Laws (NORML) has described Sessions as a “leading marijuana prohibitionist.” He single-handedly killed almost 40 marijuana-related bills before they had a chance to be heard including popular bipartisan measures such as giving military veterans access to medical cannabis.

Sessions was beaten by Texas Democrat Colin Allred who has been instrumental in organizing the Texas cannabis and hemp sectors.

Representative Jerrold Nadler (D-NY), is the expected incoming chairman of the House Judiciary Committee. Nadler is not known to tiptoe around the issue. He has made clear that he supports ending federal prohibition altogether. The Judiciary Committee is responsible for oversight of the Drug Enforcement Administration. As chairman of the committee, Nadler has the power to assure that cannabis legislation comes up for a vote.

Two long-time cannabis-friendly Republicans were also defeated. California Representative Dana Rohrabacher whose name graces the Rohrabacher–Blumenauer Amendment was beaten by Democrat Harley Rouda. And in Florida, MMJ champion Carlos Curbelo lost to Democratic challenger Debbie Mucarsal-Powell. Although the two turnovers won’t change the balance of votes for federal reform, they do add to the breakup of Republican domination of the House.

Representative Earl Blumenauer told reporters on Wednesday, “In terms of a victory for the continued momentum of cannabis legalization, it was a big night.” Blumenauer cited the fact that “three of the greatest obstructionists to progress are not coming back.”