Florida is seeing a surge in sales of medical marijuana and CBD hemp products as more people turn to them to treat their anxiety, insomnia and pain during the COVID-19 pandemic.

Voters in 2016 approved the state’s new medical marijuana industry, and sales have been rising ever since. With patients limiting their trips out of their homes, some have been buying more each time they go to FL Dispensaries.

With the rise in demand, wait times at dispensaries in some instances rose from what used to take only 10 to 15 minutes — even without an appointment — to backlogs of dozens of patients at any given time, potentially lasting hours.

Sales have risen significantly when compared with last year. From Sept. 11 to Sept. 17, dispensaries sold about 134 million milligrams of medical marijuana statewide, a 47% increase since mid-March. Over the same six-month period last year, the state saw about a 13.1% increase.

Cannabidiol, often called CBD, saw a more dramatic increase. CBD is non-psychoactive, meaning it does not result in the same euphoric effects as marijuana. It’s marketed as a way to treat anxiety and depression. From mid-March to mid-September last year, CBD sales….

Delta-8 THC is a minor cannabinoid known to be an analog of delta-9 THC — the most abundant cannabinoid found in marijuana.

The molecular structures of the two cannabinoids are similar, albeit with some significant differences.

Delta-8 THC, unlike delta-9 THC, is not produced directly by cannabinoid-synthesizing enzymes in the plant. Rather, special breeding and molecular isolation are applied by growers and extractors to produce larger quantities of delta-8. It can be produced in both marijuana and hemp.

Because it is produced in such minute….Read Full Article Here

Can Medical Marijuana Be Used To Treat Chronic Neuropathic Pain And What Strains Work Best?

How does medical marijuana help treat neuropathy? There are a number of legitimate scientific studies showing that it can, in many cases. In this post, we’ll talk about this often debilitating condition, go over some of the evidence for medical marijuana’s efficacy in treating it, and list some of the cannabis strains that are being used to relieve neuropathic pain.

If you’re experiencing tingling, burning, shooting, or stabbing pain, you might have a medical condition called “neuropathy.” You have a choice. You can rely on traditional treatments which oftentimes cause other health problems, or you can turn to a therapy that has been shown to be both effective and safe — medical marijuana. As you’ll see, oftentimes only low doses are needed to provide a measure of relief.

There is much controversy surrounding the use of cannabis in Texas medicine these days. This is despite the promising results of numerous studies being conducted worldwide. And this controversy is even more profound when it comes to the treatment of children, and in particular, children with autism.

However, resistance to the idea of treating autistic children with safe,  non-psychoactive CBD oil is catching on, with Texas adding Autism as a qualifying condition for medical marijuana. Let’s take a quick look at the autism spectrum including Asberger’s syndrome and discuss how CBD oil might provide some measure of relief for these young patients.

Originally autism was known as Kanner’s syndrome, and later, Early Infantile Autism. Autism directly affects the processing of information in the brain by altering nerve cells and their synapses.

Autism may result in intellectual challenges and is known to be far more prevalent in boys. It generally manifests by the age of three. A few quick statistics:

When Florida’s medical marijuana program went into effect in 2018, edibles were not on the menu. Nor were smokable forms of cannabis such as dried flower or cannabis concentrates (eg. hash, wax, etc.), although smokables were later added to the menu of legal products.

However, the Florida Department of Health recently instituted new rules for edible marijuana products. The bottom line, as far as patients are concerned, is that edibles can now legally be sold in all Florida medical marijuana dispensaries.

As the name would imply, edibles are, well, edible products that contain some of the active compounds produced in cannabis.

So what’s so special about edibles? Why are some patients so happy that edibles are now available at Florida dispensaries? What’s in them? And what are they good for? Why would a patient choose edibles over other forms of medical cannabis?

Let’s face it. There are thousands of Florida medical marijuana “patients” who are carrying what you might refer to as a CYA card. They’re not really sick. They just want the legal protections and access to…

Best 5 strains of medical marijuana for Crohn’s and colitis

As medical marijuana policies continue to progress across the nation, more and more Crohn’s disease and colitis patients are discovering its healing properties. There is abundant evidence that cannabinoids found in marijuana possess powerful anti-inflammatory and immunomodulating benefits that can help to reduce the suffering and damage caused by these conditions.

Both Crohn’s disease and colitis are debilitating, chronic inflammatory conditions that can cause irreversible intestinal damage. Oftentimes, those suffering from these diseases have difficulty digesting food and are unable to properly absorb nutrients and eliminate waste from their bodies.

The five new licensees, who were next in line in the scoring of applications, are:

Obviously, these are metaphors. So what are the similes in these metaphors?

The important person in this allegorical entourage is the overall effect that a particular strain of cannabis has on the human body — whether or not it makes you dozy or invigorates you, chills you out or makes you edgy, dulls your pain or heightens your senses, or any combination of a plenitude of potential effects.

The metaphorical group of people supporting our VIP (overall effect) consists of the various active compounds which are present in cannabis flowers (aka marijuana buds). These two families are large and diverse and their members number in the dozens.

The chief active compounds that are present in cannabis resins fall into two camps. Each family of compounds is unique in its…. 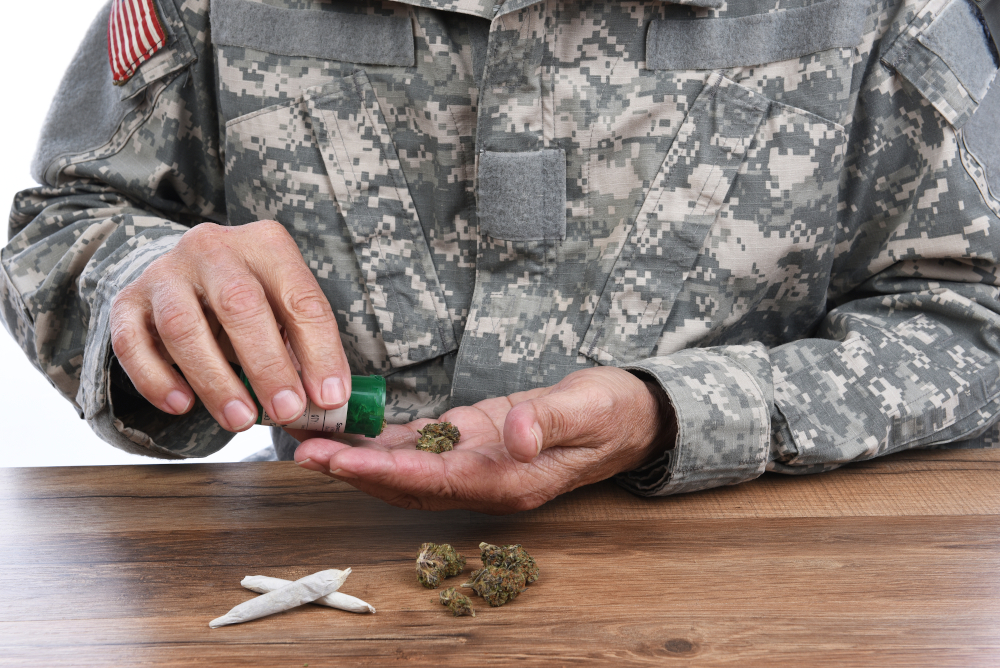 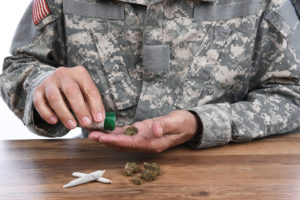 The U.S. House of Representatives will be voting on a crucial amendment aimed at protecting marijuana legalization laws from federal involvement.

Almost one in four Americans live in a state the adult recreational use of marijuana is legal. Currently, these recreational markets with active dispensaries including Illinois, Massachusetts, and Nevada are not covered under protections put in place by Congress that currently protect states with medical marijuana programs. Soon, a super-important amendment to renew those protections and expand them to cover adult use could be voted on by Congress — some sources say the vote could come as early as September.

On the dark side, two other, separate amendments are being put forth by another representative that could be devastating to states with recreational programs. If passed, the measures will effectively strip federal funding from states that permit the sale of kid-friendly products or that don’t offer educational programs aimed at reducing marijuana-impaired driving.

The Marijuana Opportunity, Reinvestment and Expungement (MORE) Act was filed by lawmakers in mid-July in conjunction with a wide-ranging bill funding various federal departments in the Fiscal year 2021.

In 2014 Congress members passed yearly spending bills, including a provision protecting merchants and individuals engaged in state-sanctioned dispensing and usage of medical marijuana from prosecution by the Department of Justice. The amendment says  federal funding may not be utilized to prevent states from “implementing their own state laws that authorize the use, distribution, possession or cultivation of medical marijuana.”

This amendment would remove the word “medical” from the existing terminology and extend protections to adults and patients who qualify for a license in both recreational and medical industries. This amendment was put forth by Representatives Early Blumenauer (founding member of the Congressional Cannabis Caucus), Tom McClintock, and Eleanor Holmes-Norton.

In its current form, the spending legislation contains provisions shielding state cannabis laws from Justice Department interference, protects universities from losing funding for cannabis studies and makes allowances for banks to offer services to marijuana businesses without fear of punishment from the Treasury Department.

Reform Supporters of the cannabis protection rider wish to add an expansion.  The protection rider was first enacted in 2014 and has been continuously renewed by Congress on a yearly basis to ensure it covers recreational cannabis laws as well.

“None of the funds made available by this Act to the Department of Justice may be used, with respect to any of the States of Alabama, Alaska, Arizona, Arkansas, California, Colorado, Connecticut, Delaware, Florida, Georgia, Hawaii, Illinois, Indiana, Iowa, Kentucky, Louisiana, Maine, Maryland, Massachusetts, Michigan, Minnesota, Mississippi, Missouri, Montana, Nevada, New Hampshire, New Jersey, New Mexico, New York, North Carolina, North Dakota, Ohio, Oklahoma, Oregon, Pennsylvania, Rhode Island, South Carolina, Tennessee, Texas, Utah, Vermont, Virginia, Washington, West Virginia, Wisconsin, and Wyoming, or with respect to the District of Columbia, the Commonwealth of the Northern Mariana Islands, Guam, Puerto Rico, or the United States Virgin Islands, to prevent any of them from implementing their own laws that authorize the use, distribution, possession, or cultivation of marijuana.”

A separate measure was filed for the purpose of shielding marijuana policies enacted by Indian tribes from federal interference by Mr. Blumenauer and Rep. Deb Haaland.

“None of the funds made available by this Act to the Department of Justice may be used to prevent any Indian tribe (as such term is defined in section 4 of the Indian Self-Determination and Education Assistance Act (25 U.S.C. 5304)) from enacting or implementing tribal laws that authorize the use, distribution, possession, or cultivation of marijuana.”

“It is critical that the full House be provided the opportunity to cast a vote on the amendment, not only because it is a sensible effort but also because it provides an opportunity to demonstrate to House leadership that comprehensive legislation is ready for prime time,” NORML Political Director Just Strekal told Marijuana Moment. “After Blumenauer-McClintock-Norton-Lee passes again, the next logical step is a vote on a cannabis reform bill in 2020.”

In 2019 a move to stop the Justice Department from involvement in state and territory cannabis laws, the House voted 267-165 to approve the amendment. A measure was also passed by the chamber to protect Indian tribes’ marijuana policies via a same day voice vote.

The amendment was not approved by the Senate and the aforementioned provisions didn’t make it into Fiscal Year 2020 spending legislation signed by the president.

Those opposing legalization are using 2020’s appropriations process to air their safety and health concerns around the implications of reform.

Question: Can CBD oil be used to relieve symptoms of menopause?

There is no escaping the inevitability of menopause. As women, every one of us on the planet will, at some point, have to deal with the symptoms and changes that occur in an aging body. It’s estimated that 1.2 billion women will be menopausal by the year 2030.

However, many women have indeed found some relief through CBD oil.

A Bit About Menopause

Menopause can happen to a woman at any time after the age of 40. The typical age range is between 49-52. However, this can vary from woman to woman.

For some women, the change is barely noticeable and they sail into their sixties with barely a ripple of discomfort. Some other women are not so lucky.

The changes in the body can wreak havoc in a myriad of ways.

The most common symptoms of….